I am an aged "Silver Surfer" (nearly 77 years young) who is new to the Stan Getz sight.  I have been collecting Stan's recordings since the early 1950's along with Gerry Mulligan, Modern Jazz Quartet & Dave Brubeck (especially with Paul Desmond) together with "Four Brothers" tenor men and have a large collection of their "issued" tracks.  I love all their "Sounds" while I am able to hear> Good Listening to you all

This is an anthology of my last 52 years in jazz.  A two CD set of selected tracks from over 50 albums with stars like Chick Corea , Suzanne Somers , Steve Allen , Zoot Sims , Milt Hinton, Kenny Clarke , Osie Johnson.  Oscar Pettiford , Jimmy Raney  and many more. Call Steve Rose at 914-593-1188 in sales at the Classic Jazz record label if you would  like one.  It comes with a 12 page booklet with some great stories.  …

Good news, the Mezzo TV channel will broadcast from January to June 2014 a part of the archives of the INA. In April will be broadcasted the rare concert of the JATP at Salle Pleyel in 1960 with Stan Getz, Cannonball Adderley, Dizzy Gillespie and many others. 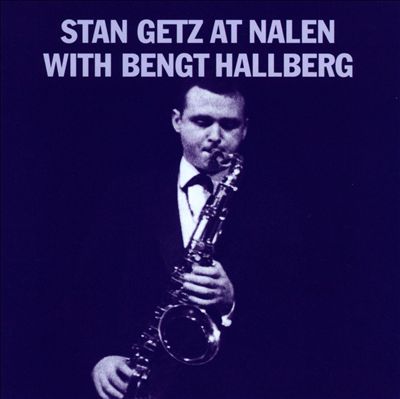 I trust no-one has responded to the message from Stephanie Assa.  I believe that this is an attempt to defraud members and I have reported it to the police Internet Fraud team here in the UK.  Should anyone be curious here are a few quotes from the email which they will receive if they take the bait.

My Name is Stephanie Assa,22yrs old a Medical Student undergraduate,from Côte d'Ivoire,am the only Survived child of Late Mr Michael Assa who was murdered alongside my mother…

I have added a transcription of Larry McKenna's solo on "Out Of Nowhere" to my website: 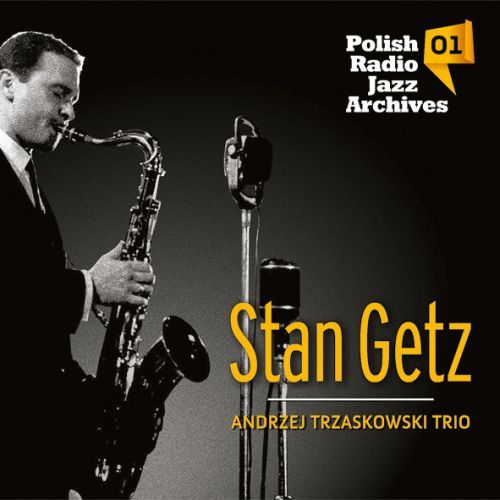 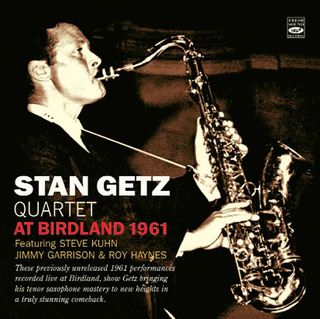 I just wrote Bev asking about the old forum. Now I find you all here...so happy! Sharing part of my message to her below. I wrote this before I saw clips posted on the site.

I found the most amazing YouTube video last night of the Stan Getz Quartet playing at the London School of Economics, with Gary Burton, Roy Haynes and Steve Sparrow. 50 minutes long...amazing. I'm sure you've seen it. I saw Gary play… Continue

I have added a transcription of Stan Getz's solo on Yardbird Suite to my website:

In 1952 Stan Getz did a live recording of a tune he wrote called "SWEETIE PIE" in one of the jazz clubs in NYC. and I believe it's the only one he did on this tune. What I'm looking for is the chord structure on it. It sounds like a combination of Honeysuckle Rose and another tune like "SWEET SUE"on the bridge. Stan really swings on this one. Give me a buzz if anybody has some info on this song. Thank's and stay well.

Doing a little searching on the internet I came up with… 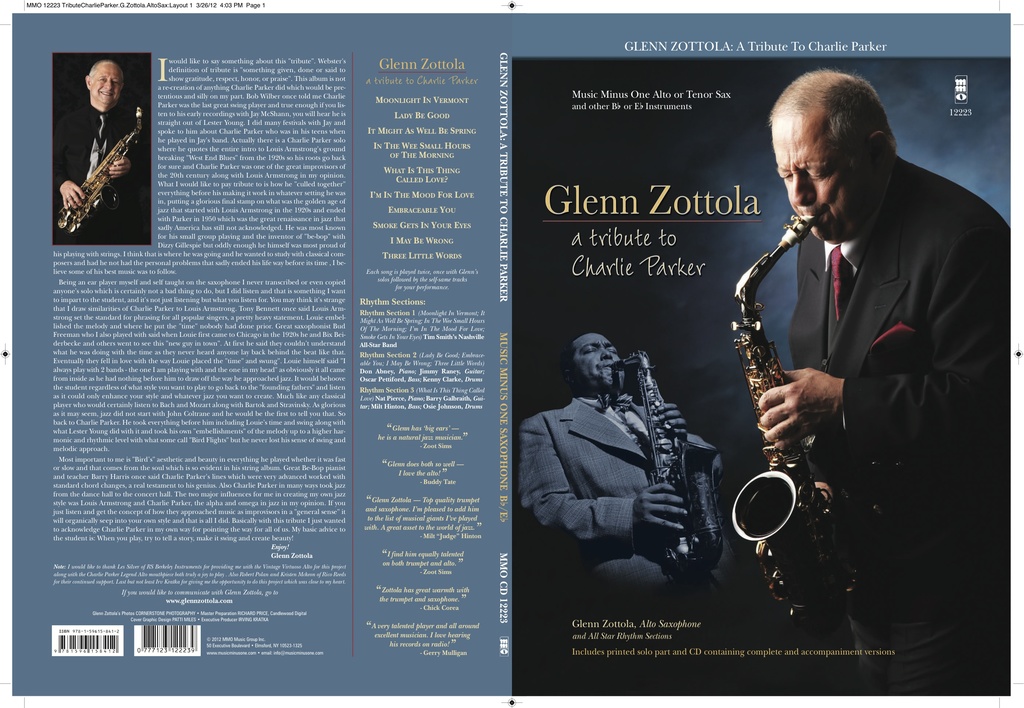 . Go to glenn zottola.com to hear sample tracks of all 3 albums. Glenn

Hi ! I will coming out with Three New Releases shortly 2 on tenor that i playing the Stan Getz Legend Mouthpiece by RS Berkeley and Bev Getz truly a joy to play. Go to my website glennzottola.com to hear sample tracks.  Best, Glenn 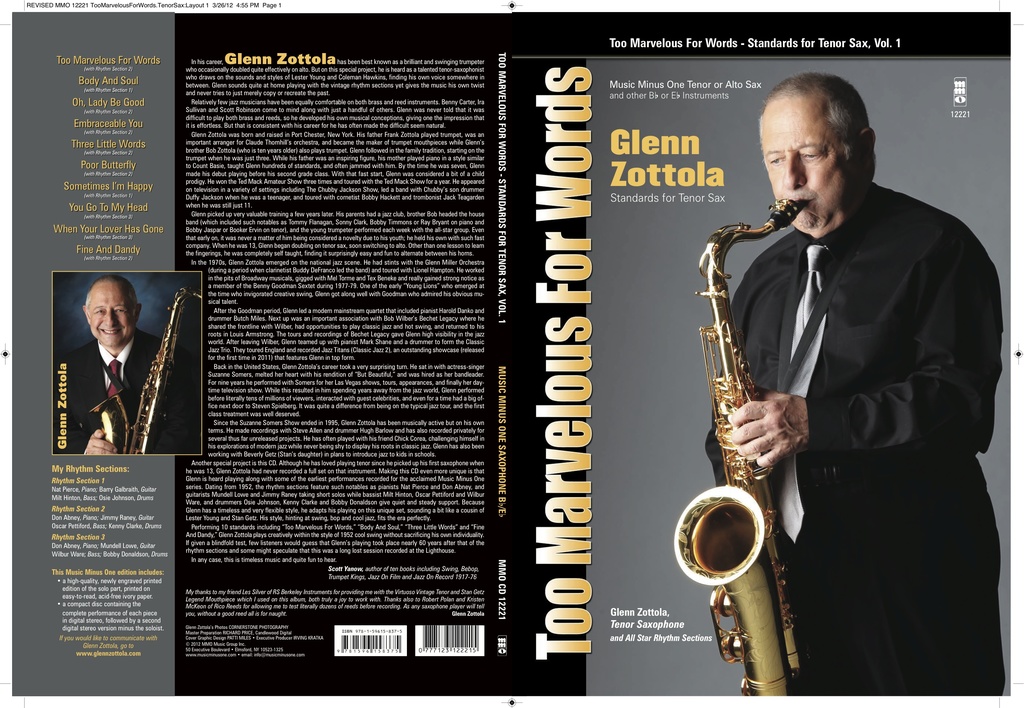 From a French public radio broadcast...

During a concert with his quintet (Espace Cardin - Paris, 1979), Stan invites Henri Renaud to play with him.

Spring Can Really Hang You Up The Most

I was present at this concert… 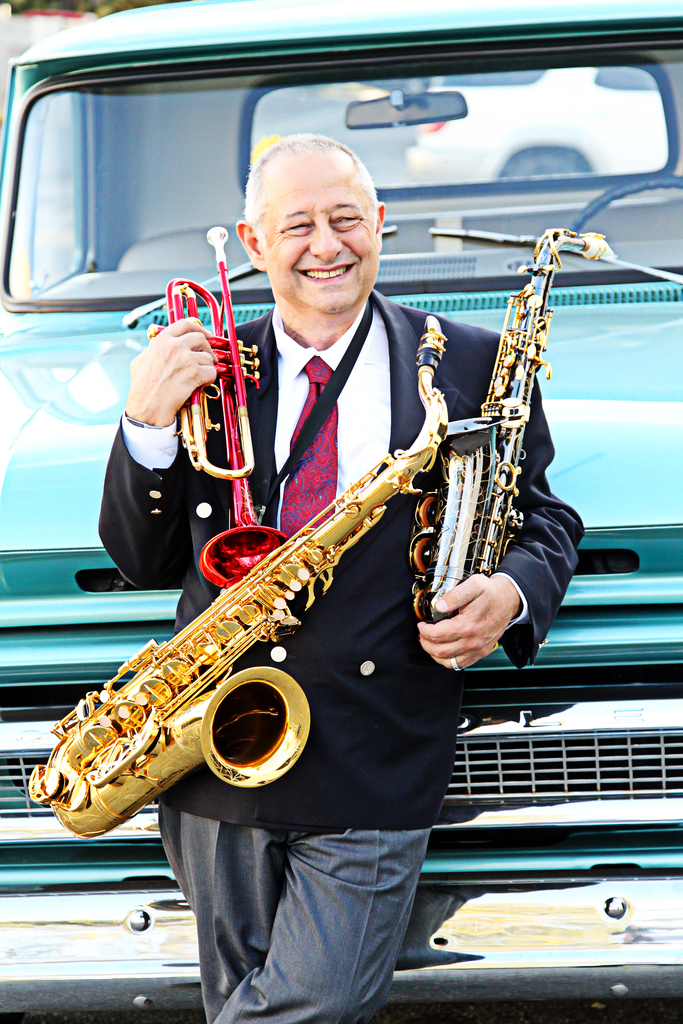 hi All !  hope you had a good holiday and wishing you all a healthy 2012. I finally launched a long overdue website glennzottola.com with lots of stories and Video from TV. Also just finished a Tenor Album i have wanted to do for a long time and i will keep you posted on the release. I used the Stan Getz mouthpiece on the album which i am endorsing for RS Berkeley along with…